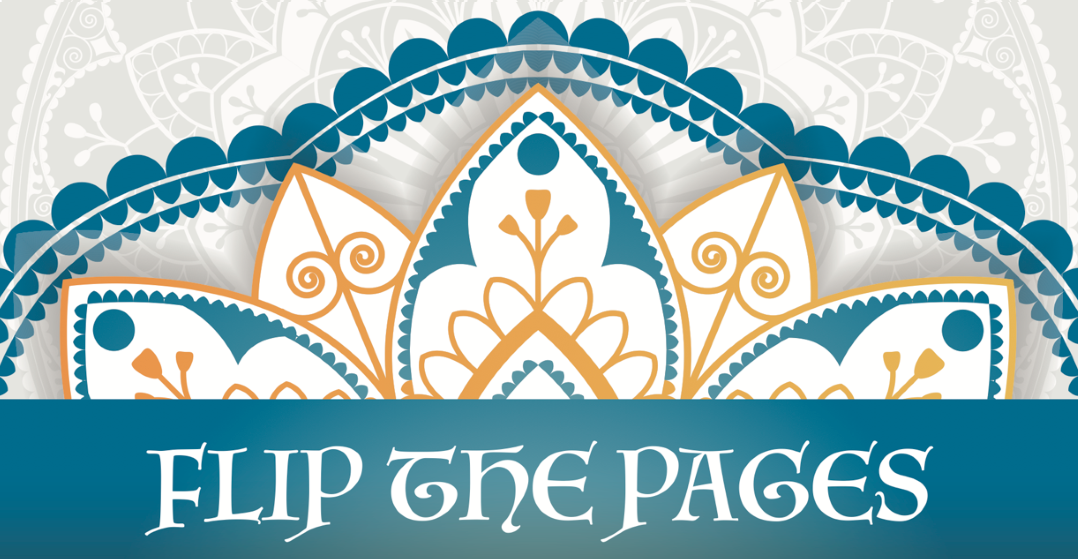 “The narrative of human history is punctuated by war and conquest, triumph and catastrophe. But in the end what endured? It is not the struggle that is lasting in our consciousness and treasured in our museums. It is the outpouring of creativity and intelligence that is civilization’s greatest gift. The true legacy of Islamic culture is revealed in the nuance and ingenuity of its art and architecture.”

– Introduction to PBS documentary featured at the exhibition

On May 15, 2019, MARC launched a new short-term exhibition entitled Flip the Pages. The exhibition showcased coffee table books featuring the magnificent world of Islamic art from the ornaments of Muslim Spain and Turkey, to the decorative works of the Arab world, to the architectural wonders of Egypt, to the miniatures of Persian painting to the carvings of Mughal India to the architecture of Islamic China. By seeing these side by side, visitors could observe the values of Islam reflected uniquely in the art forms of varied cultural landscapes.

A total of 94 richly-illustrated books were arranged by geographical region moving across the Islamic world from West to East and also by art form. Featured forms of art included architecture, calligraphy, carpets and other textiles, glasswork, ornaments, painting, pottery, woodwork and more.  The books were surrounded by comfortable seating so that visitors could sit down and lose themselves in the beautiful world of Islamic art depicted in those books from the collection that most captured their interest.

The exhibition also featured a clip from a documentary about Islamic Art produced by PBS entitled Islamic Art: Mirror of the Invisible World. The documentary further enlivened the exhibition with the human dimension since it featured several living artists and showed how Islamic art is a universal language that speaks to all people.

It was hoped that visitors would leave the exhibition with a renewed appreciation for how inspired Muslim artists from different walks of life have beautified both the extraordinary and the mundane aspects of life and turned them into a celebration of Divine majesty.

A special thanks to Al Haj Huseinbhai Kara, patron of the arts, for generously sharing his collection of books about Islamic Art and Islamic artifacts with the visitors of the Mulla Asghar Resource Centre.

Below are some photos from the exhibition: 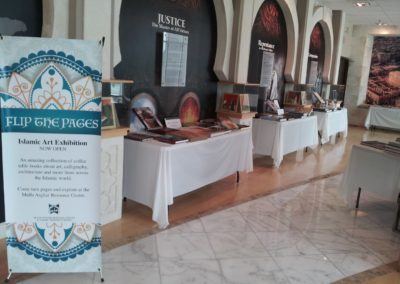 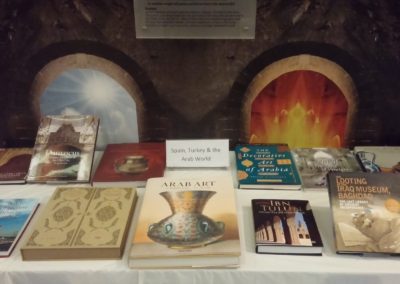 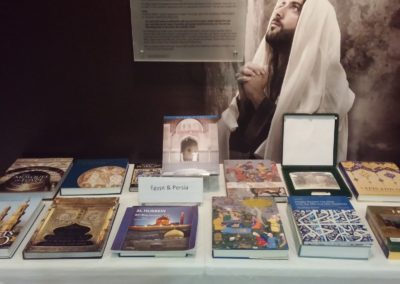 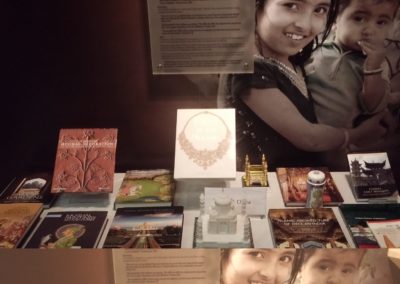 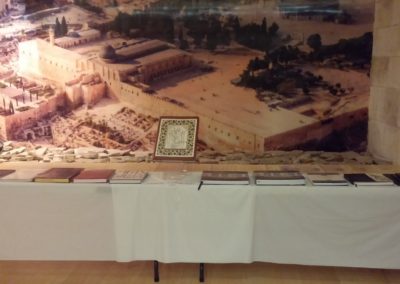 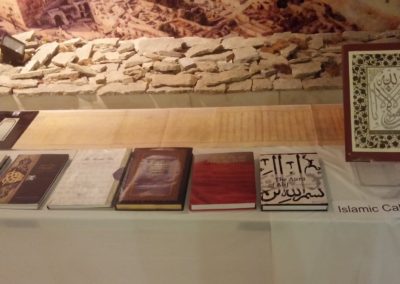 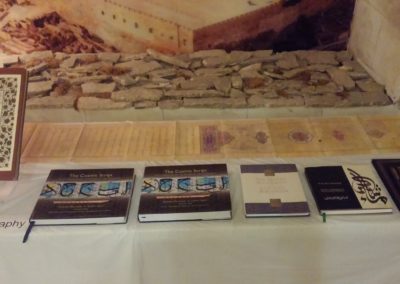 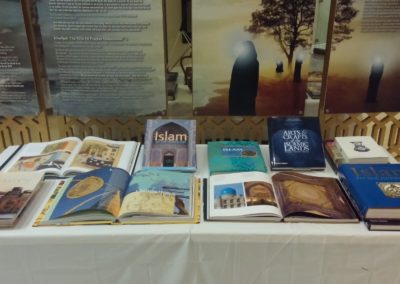 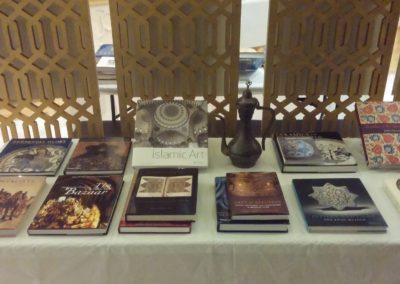 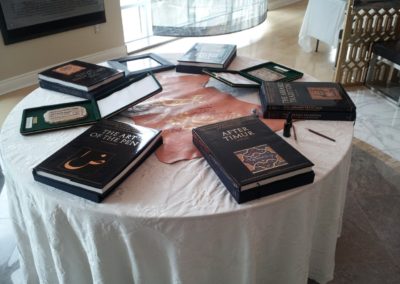 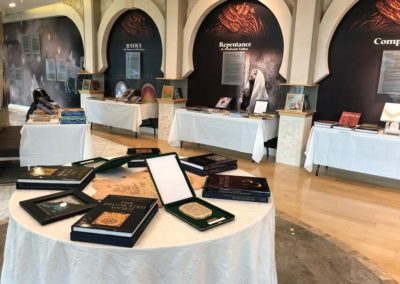 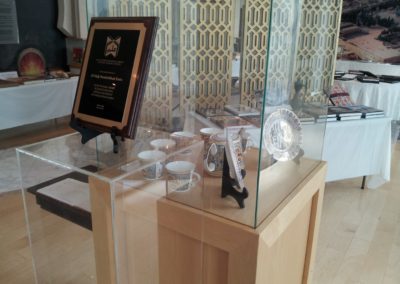 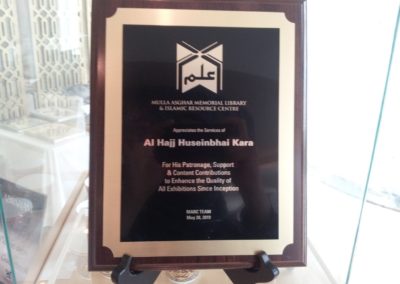 Below you can watch a video clip about the exhibition and take a virtual walk through it.