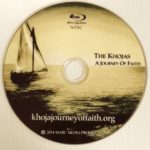 In 2014, MARC released an informative and inspiring documentary about the Khojas, entitled

The KHOJAS – A Journey of Faith

Description: Khoja Shia Ithna-Asheris, (KSI) numbering less than 150,000 pale into insignificance in the context of 200 million Shia Ithna-Asheris worldwide. Yet they are perceived to have a presence and influence that far exceeds their size. With their genesis from a Hindu heritage, to a hotchpotch mystic faith called Satpanth which combined Sufi ideas with traces of Hindu belief and their subsequent conversion to the Nizari Ismaili path and eventually to follow the Ja’fari school of thought is a fascinating story of a journey of faith. This film tells this story of this journey of faith over five centuries. Many of our elders expressed that the full story, of who the Khoja Shia Ithna-Asheris are, must be told for future generations to glean an understanding and appreciation of their ancestors’ struggles, trials, tribulations as well as successes.

The DVD of this film is available for purchase at MARC, or you can contact us if you would like to obtain a copy.

Here you can watch a short trailer about the movie, as well as episode 8 of MARC TV which featured the film:

To the jet setting Khojas of this age, the sight of bullock carts in which their elders used to travel while in India, the dhows and the hardships of sailors and passengers, as they sailed out from western shores of India to settle in East Africa and Madagascar, is a reality check of their origins.

I loved every moment of this documentary! It gave me a real insight into the history of the Khoja Community and how it has evolved over the years.

Simply love this movie! I have seen it 4 times on the big screen

The documentary was amazing! I gained a deeper understanding of what my ancestors went through and how the Khoja Community is what it is now.

Any buddy who ask me about who are Khoja???

I always recommend them This documentary.